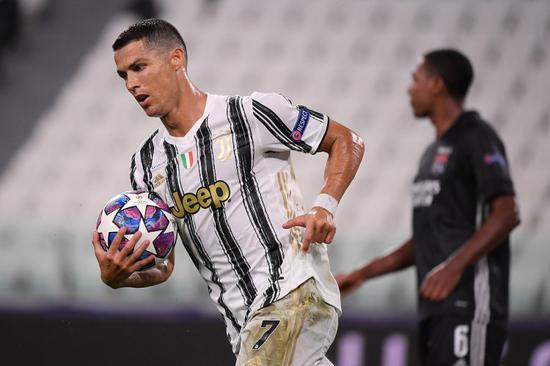 Live broadcast, October 13 In UEFA’s official interview with Juventus coach Pirlo, Pirlo talked about his role change and some of the team’s goals.

Pirlo played for Juventus as a player, and many faces in this team are no strangers to him. He also admitted that for himself and many old friends, it may take some time to adjust to his new role.

"It's a great feeling. They are very easy-going, maybe it is not easy for them to see me as their coach from the beginning. But in just a few hours, they realized my role It’s different from a few days ago."

"At the same time, they also know what it would be like to work with me, because we used to cooperate when we played together as teammates, so they know what kind of spirit I want to bring to this team. They will give me a lot this season. Great help."

"On the coaching bench, I will definitely be under more pressure, because on the court I only need to deal with the ball by myself. But in the coaching position, even though I can control the team, the game is Others, they have their own understanding of personal roles. So being a coach will be more difficult."

"When I was a player, I had my own specific style, which meant that I could play my role in certain areas and be a decisive player on the court in certain situations. Now, I have to be near the sideline Do it all by yourself."

Juventus’s lineup has undergone considerable changes this summer. Pirlo believes that he has the ability to replace some of the older players with talented young people.

"These young players are very capable and have a lot of potential to make progress. Therefore, when a group of players' careers slowly come to an end, it is only right to let young players start a new era."

"Fortunately, fresh blood has been added to our lineup. Let us look forward to their progress over time and become the top stars like the old players a few years ago."

"I am very happy that there is such a world football icon in the team. It is very good to be able to see him every day and observe his training and competition."

"For me and the whole team, it is a very happy thing. He is now a 35-year-old player, but he still works as he did when he was young, playing with the same passion every day. . He is a role model for each of us."

"We know that every team in the Champions League is strong and there is no such thing as a weaker team. Therefore, you need extreme concentration and enthusiasm when playing against every opponent, because you can't make any mistakes.

"Every year the Champions League matches are very difficult, because it is a tough match. The results often depend on some small details."

"I think that after the winter break is the most difficult period. About March, the team may not be able to return to normal after a short preparation, and other teams may have adjusted their state very well. ."

"So it was the toughest time. Sometimes you need a little luck, maybe a more favorable schedule, because the team may not be in the best shape at that time and there is a risk of ruining the entire season."

Pirlo also mentioned in the interview that he hopes to see his team dominate the game against any opponent, no matter who or where the opponent is.

"I always want to play offensive football and control the game. When we reach every stadium, we can control the game. This is our goal. If you play at the Bernabeu or any other stadium, the same is true. There will be any changes."