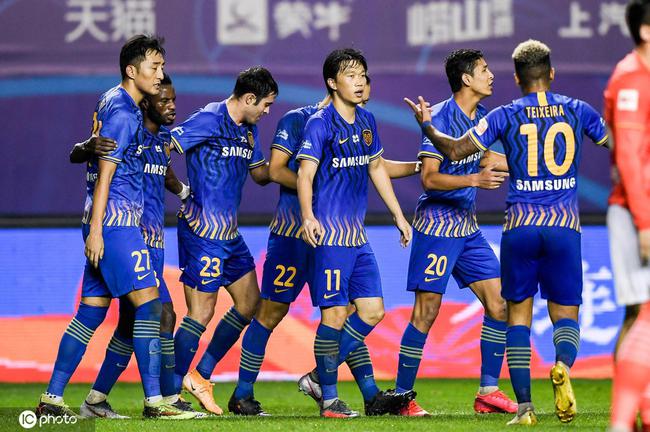 Before the match between Evergrande and Suning, the situation of the two teams was different. Guangzhou Evergrande has already secured the top spot in the championship group ahead of time in the powerful Dalian Division. Although Jiangsu Suning ranked second, but if you are not careful, you will fall in the rankings and put yourself at a disadvantage in the subsequent championship competition.

It is this point situation that makes the two teams have slightly different desires in the game. Evergrande coach Cannavaro also mentioned this in the post-match press conference. He believes that Evergrande’s combat effectiveness is not as adequate as its opponents. After all, Suning has to work hard for a better position, while Evergrande has already won the first place in Group A.

In a game held this afternoon, Luneng defeated Jianye and once surpassed Suning to rank second in Group A. If Suning loses the match against Evergrande, they will fall to third in the group. Winning third in the group means playing second in Group B. It is very likely that Beijing Guoan. For Suning, Guoan is obviously not the opponent they want to meet. If you get second in group A, you will hit third in group B. In Group B, apart from SIPG and Guoan, there is no super strong team. Suning has a higher chance of winning and entering the semifinals.

Suning scored the first goal in this game. At the end of the half, Teixeira fell in the penalty area, but the referee did not make a penalty. Both the player and coach Olaroyu were very angry at the referee's penalty, and Olaroyu even roared from the sidelines. This also shows that this game is very important for Suning. After 90 minutes of competition, Suning defeated Evergrande 2-1 with the same points as Luneng. In the final round, as long as they scored the same points as Luneng, they will be locked in second place in the group.

In the last round, Suning will face Shenzhen Kaisa, which is fighting for the fourth round. In the second stage, what kind of opponent they will meet will soon be known.